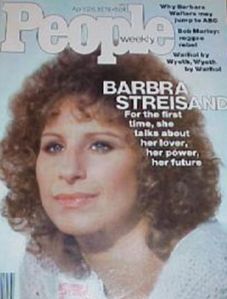 A Piece of Sky

During Easter vacation of 1976, John and I decided to tour New York City.  We were not attending the same high school and spent most of our free time together.  Our parents, (John’s mother died in January of 1976 and ironically was buried on the same damn day that Ann-Margret in ‘Tommy’ beat out Barbra Streisand in ‘Funny Lady’ for a Golden Globe.  Believe me when I tell you that we almost threw a chair through the Hanrahan family television), anyway, our parents thought it best that we go to different high schools so as not to be a “bad influence” on each other.  Were we stealing cars and shooting up drugs?  No.  But the trouble we got into in grade school was just too much for any of the adults to handle.  Plus the fact that all during 8th grade we kept asking the nuns to define “Fascists” didn’t help.

But the games we played were the best.  We’d play ‘Poseidon Adventure’ which meant breaking into the boiler room and elevator room of John’s building and climbing everything upside down and John stealing his sister’s silver platforms from her college prom and pretending he was Stella Stevens (“Roma, Venetia!  And why we didn’t fly I’ll never know!”).  Yes, I was Shelly Winters and I am damned proud of my performance.  She had real water to swim through and I only had air.

John loved it when Stella Stevens would die because then he would play Pamela Sue Martin.  He loved screaming “Reverend Scott!  Reverend Scott!” at the top of his lungs.  I’m supposed to be the dead Shelly Winters but I am laughing hysterically and all these old ladies from the laundry room would come running out to see what the racket was in the boiler room.  I think one time we actually shut off a steam valve or something and the building went without heat for two days.  After that the building management got wise to us and locked the boiler room so we started playing ‘A Night to Remember’.

Different ship, different game, so we had to play it a little differently.  We’d start off in the grand lobby and pretend to feel the list of the ship, so we’d lean to one side.  Our race to the roof would start in order to get to the “boat deck”.  John lives in a grand old 11-story Tudor fashioned apartment house – stairways, hallways, fire doors, fire hoses, the whole bit.  We’d make our way to the roof, leaning more sideways as we ascended, and run out and have a moment of silence.  We’d then start screaming as loud as we could in every accent and language we could mimic – “Where are the lifeboats?”  “There are no more lifeboats!”

We’d run around the roof looking for some lifeboats and finally settle onto one of the fire escape ledges.  Now we would pretend we were passengers in a lifeboat about to be lowered from the Titanic.  This of course meant more inspired dialogue lifted from the movie. “We can’t row this thing!  We need a sailor in here!”  By this time the lights would be going on in all the apartments because, well, we were being heard.  All the way across Van Cortlandt Park was a huge high rise and we’d pretend that was the Titanic upended sliding into the ocean.  We’d row and row until the Carpathia save us.  Translation: Until the super or handyman yanked us to safety.

Friday nights were the best.  Every Friday was ‘Oscar’ Night.  We played Academy Awards so often that we sometimes didn’t even feel like showing up.  Now, producing an Oscar show once a week took a lot of time, a lot of work, and a lot of imagination but it was fabulous.

Every January my mother would buy Christmas cards and store them up in a closet.  I would borrow these during the course of the year so we’d have something to open as we presented the awards.  John would not present an Oscar unless the envelope was lined in foil and of heavy card stock.  But every December when my mother would go look for the cards they were not there.  One year she lined us all up to watch her do it so that she could convince herself she wasn’t going crazy.  That happened to be the year we stopped playing, John had gotten bored of it and I couldn’t very well play Academy Awards by myself.  What was I going to do – give myself a Lifetime Achievement Award every week?  At the age of thirteen?

All week in school John and I would come up with 26 sets of nominees and 26 winners.  Grace Longplatz in ‘Under the Happy Tree’, Judy Pydell in ‘Strangers Across the Sea’.  You get the picture.

We would sneak into one of the lecture halls in Manhattan College.  We’d perform an opening number, we’d read the rules, and we would introduce each other.  And then we’d present every other award and accept every other award.  We’ll be well rehearsed if we ever make it to the Dorothy Chandler Pavilion.

John and I were never caught.  We thought because we were so smart but years later I found out that my dad would give the security guards coffee and sandwiches to leave us alone.  I wish I were a kid again.  Who needs Nintendo?  Those were the best times of my life.

Now, this is a very important part of this story.

While we were on vacation we went downtown as tourists.  John always had a theory – if you’re from Brooklyn (where he was born) you called Manhattan “New York”, i.e. “I’m going into to New York.”  If you are from the Bronx you call Manhattan “downtown” i.e. “I’m going downtown to see a movie” (because seemingly Brooklyn had it’s own downtown). If you are from Queens or Staten Island you called it “the city”.  Got all that?

So we headed downtown to soak up some local color (See: Lucy Stomps Some Grapes).  We would take a ride on the Staten Island Ferry; visit the World Trade Center, etc.   I don’t know why but for some reason I took my mother’s 8mm Kodak movie camera along.

While waiting for the Staten Island Ferry one of us let out a scream.  And we knew all about boats and screaming so believe me, this was a scream.  Barbra Streisand was on the cover of People magazine.  It was the informal shot of her in the white sweater set with the backstage pass on it – taken during the filming of ‘A Star is Born’.  (I still have it.)

We look at the pictures and we read the article and there, for the very first time, I see any mention of the name Yentl in association with Barbra Streisand.  In the article Barbra mentions that she owns the rights and would love to direct it but not act in it because she’s too old.  We both screamed out, in perfect unison, “No you’re not!”  So that is where and when, for us, ‘Yentl’ started.

We had a great day out.  I shot a lot of footage of John on the ferry and we recreated the “Don’t Rain on My Parade” number from ‘Funny Girl’.  Of course.  John also portrayed an immigrant seeing the Statue of Liberty for the first time, becoming overwhelmed with emotion.  Of course.

Many years later Barbra would her 8mm camera to Europe and film informal location tests and costume tests just to show the money men in Hollywood how she looked dressed as a man.  I loved the fact that she had the courage to do this.  I enjoy that footage as much as I enjoy the completed film.  Pardon me for thinking that this was just another, even if imagined, parallel, or invisible link connecting me, John and Barbra.  He and I both felt that our being on the water filming on the same day that we heard that she might even do this was, in a weird way, a special blessing.  We never once worried about that movie.  Not once.  We always knew ‘Yentl’ would be made and we always new it would be wonderful.